1 dead after 3-vehicle crash on Highway 401 in Pickering

1 dead after 3-vehicle crash on Highway 401 in Pickering 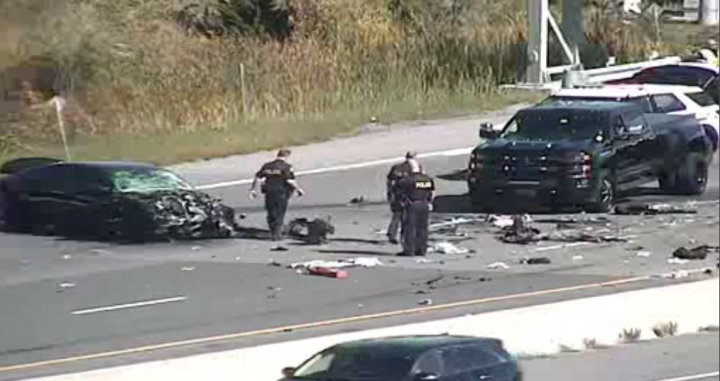 Ontario Provincial Police say one person is dead after a three-vehicle collision on Highway 401 in Pickering on Friday.

Police first tweeted about the crash, which happened in the westbound collector lanes at Whites Road, shortly after 11:30 a.m.

A police spokesperson told Global News a stalled vehicle was hit by other vehicles, causing one of them to catch fire.

One person died, one was taken to a local hospital, and two were assessed at the scene, the spokesperson said.

There is no word on the ages or genders of the victims.

The westbound collector lanes of Highway 401 are closed in the area as officers investigate.