It was an unexpected question posed by her grandmother that inspired a young Winona Wheeler to investigate her family’s past.

“I always wondered if your great-great-grandfather was the kind, loving soul the old people said he was, or if he was the first sell-out.”

Her ancestor, Charles Pratt, built five church missions along the Qu’Appelle River. He was one of 26 First Nations ministers spreading Christianity across the Prairies in the 1800s.

Today, as an associate professor of Indigenous Studies at the University of Saskatchewan, she’s gained a fuller understanding of Pratt’s life and work.

It all began in the Red River Colony, in what is now Manitoba, in the fall of 1820. Hired by the Hudson’s Bay Company, Rev. John West built a mission school and church a stone’s throw from Fort Douglas, where St. John’s Cathedral now sits. It was the first school in western Canada and the beginning of the Anglican Church west of the Great Lakes.

It served as a centre of education for the 600 or so settlers and retired fur-traders living in the colony.

But West had another mission as well.

“His goal was to train First Nations kids to become missionaries and go out and preach to their own communities,” said Wheeler.

In his 1825 memoir, West wrote, “I had to establish the principle that the North-American Indian of these regions would part with his children, to be educated in white man’s knowledge and religion.”

On a trip from York Factory to the Red River, West began gathering First Nations children to be brought to the colony to be educated. He gathered Sakachuwescum from the area around Kinaso Sipi, also known as Norway House. He would be given the name Henry Budd and go on to become the first Indigenous ordained minister in North America. 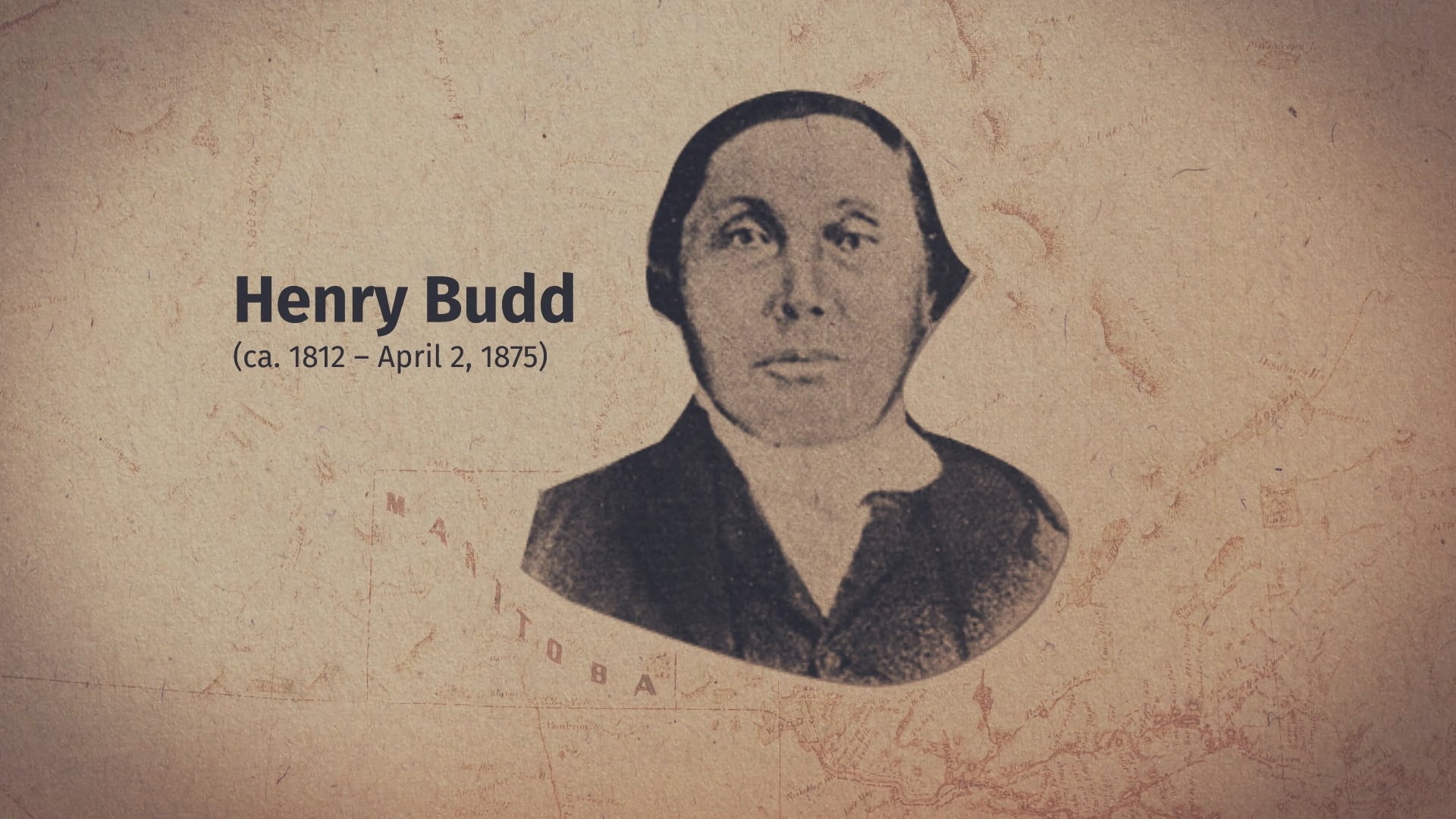 On the 200-year anniversary of the first school in Western Canada, we look at the life of one of its first students: a young boy trained from childhood as a missionary and sent to convert the Swampy Cree to Christianity during a time of unprecedented change on the Canadian prairies. 10:37

West, along with the teacher George Harbridge, taught the children English language skills and Bible studies, among other things.

“There was a hunter at the mission, he made sure the kids knew how to hunt with bows and with rifles,” said Wheeler.

By 1823, West had 10 students living at the mission school, including Askenootow, an Assiniboine-Cree boy who was brought to the school in 1822. West baptized all the students and gave them Christian names.

After graduating and working in the fur trade, Pratt set up his his first mission near Fort Pelly in what is now Saskatchewan in the 1850s. But he soon learned that to be effective, he had to fit in.

“He wasn’t one of these zealous missionaries,” said Wheeler.

That was the start of many clashes between Pratt and the Church Missionary Society.

“They were not satisfied that he was effectively converting people,” said Wheeler.

Pratt became disillusioned with the work which often saw him short-changed.

“He got the mission built, he got the garden started, then they would send in a non-aboriginal missionary to take over. He was the grunt work,” she said.

Working for the Church Missionary Society required writing reports to be sent back to the Red River Colony.

Wheeler said reading these journals made her uneasy.

“He wrote like every other white missionary whose work I’d ever read. I was absolutely devastated,” she said.

“Our understanding that was passed down about him was that he really loved his people and that he was a pipe carrier, he went to ceremonies, and he participated in ceremonies with the people. This is the oral history I grew up with and as I’m reading his journals, it paints a totally different picture and it absolutely devastated me.”

As Wheeler studied more, though, she started to understand why Pratt wrote that way.

“They expected him to look down on the ‘heathens,'” she said.

“They expected him to elevate himself. Pratt received a lot of supplies from Red River Colony that were used to benefit his community. He had to demonstrate that he was doing the job they wanted him to do, so they would keep funding his work.”

“The Cree people weren’t easily converted. We liked who we were. We weren’t farmers, we were hunters, trappers fishermen.”

Wheeler said Pratt witnessed “one of the most tumultuous historical periods in our history,” including smallpox and scarlet fever epidemics, starvation and the decline of the buffalo.

“That’s a huge amount of change,” she said.

Today, Wheeler said she thinks Pratt’s contribution was ultimately a positive one.

“What he offered was a link between the future and the present. He did his best to help his people transition to a new way of life and I can’t judge him on that.