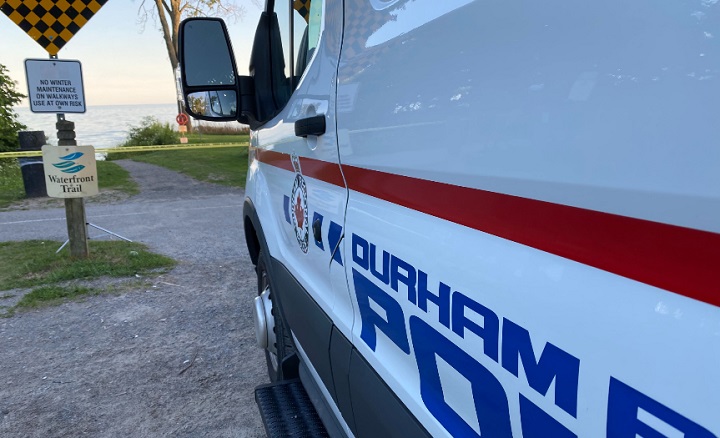 Durham Regional Police say homicide unit officers are investigating the discovery of an infant’s body by Lake Ontario in Pickering.

A spokesperson told reporters emergency crews were called to an area near the Waterfront Trail by Frisco Road, east of the Pickering Nuclear Generating Station, on Thursday.

Police said the infant, who is believed to be up to four weeks old, was found dead in the water by a resident in the area.

A coroner was called to the scene and a post-mortem investigation was set to take place in the near future.

Officers were at the scene Thursday evening, but were set to return on Friday to continue their search for evidence.

Homicide investigators have taken carriage of this investigation by the Lake Ontario waterfeont trail in Pickering. Newborn infant located deceased in water by a citizen. Coroner attended scene. Post mortem to be conducted in coming days. More info to follow. pic.twitter.com/DXQ1t0GagP

Media officer is heading to the scene right now at Montgomery Park Road and Fisco Road in Pickering. He will be providing an update to the media at 7 p.m. https://t.co/0tt450DvRA