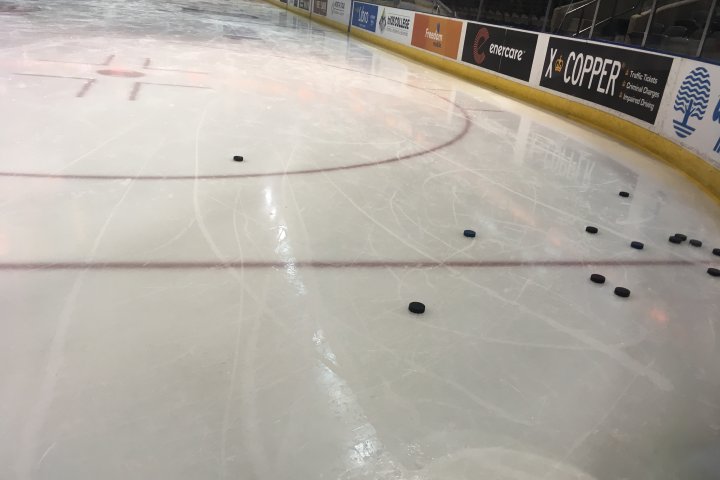 The Ontario Hockey League has announced some key dates as it looks to return to play before the end of 2020.

The league is still aiming at a Dec. 1 start date and is now saying training camps will start Nov. 15, with exhibition games to be played over the following two weekends.

Teams will play a 64-game regular-season schedule, wrapping up at the end of March 2021. Playoffs will start May 2 and a J. Ross Robertson Cup champion will be named no later than June 14.

As for the Memorial Cup, that will be played in either Oshawa or Sault Ste. Marie. It’s scheduled for June 17 to 27.

As usual, the 2021 OHL Priority Selection will take place during the playoffs, just a month later on May 8. The Under-18 draft will follow on May 12.

The OHL says it is still finalizing details about cross-border travel and how fans can safely attend games, working with government and health agencies to plan the safe return later this year.

The league postponed the 2019-20 season in March due to the novel coronavirus pandemic.