Listening carefully to a client at her clinic, an eagle feather in her hand, Kathy Bird considers whether she should accept the client’s tobacco offering, as she tries to determine whether she’ll be able to offer the healing help that’s being asked of her.

The eagle feather fan is to remove negative energy. Bird has plants nearby that she uses in traditional medicine, to make tonics and foot soaks.

Bird, 71, is a knowledge keeper and part of a larger group of traditional Indigenous healers who have offered vital support as COVID-19 has spread through First Nations communities across Canada.

The retired nurse runs wellness clinics, including clinics at Manitoba’s largest hospital two days a month. She says since the start of the pandemic, she’s helped over 100 people on- and off-reserve deal with COVID-19.

She’s offered spiritual support and made medicine bags for clients on Peguis First Nation, where she lives. She hangs the bags on doorknobs when clients test positive for COVID-19.

The teacher of traditional medicines has been on the front lines for her people throughout the pandemic — something that’s come with risk to her own health.

“The range of people that knowledge keepers work with through ceremony, through wellness clinics, they do get to see quite a number of people, and a lot of it is one-on-one or else in groups,” Bird said.

That’s why she eagerly signed up for the first dose of the Moderna COVID-19 vaccine in January.

First Nations in Manitoba are working with the province to decide how vaccine supplies get allocated, both on- and off-reserve. Earlier this week, they announced that traditional healers and knowledge keepers who don’t live on reserves can start booking their shots.

The information the keepers have is “very, very vital, and [it’s] very sacred to keep this knowledge for future generations,” Bird says. 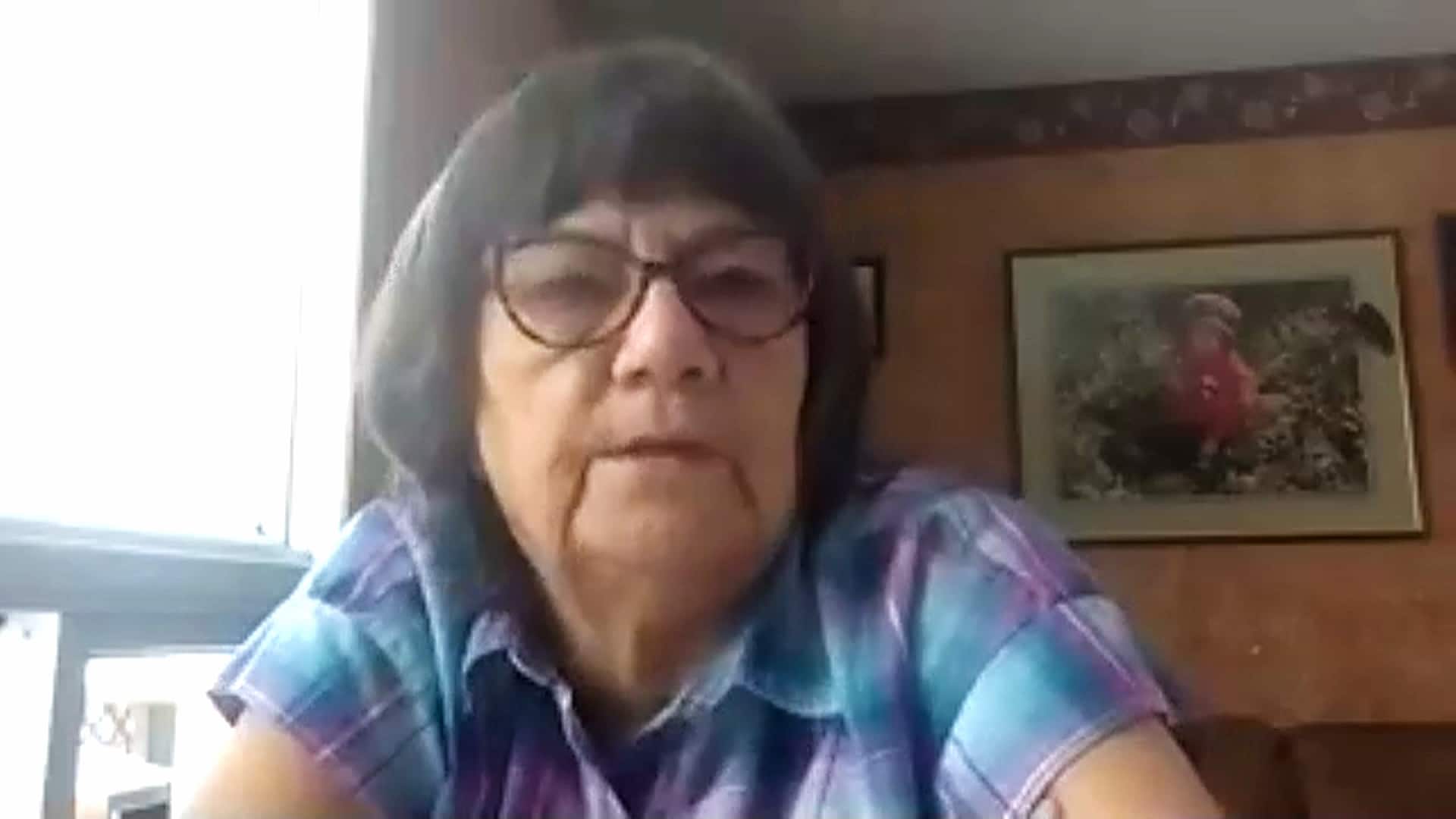 A retired nurse and teacher of traditional medicines on the Peguis First Nation says knowledge keepers are working on the front lines to help people cope during the pandemic. 0:42

The addition to the vaccine priority group is being praised by a doctor in Alberta, who is frustrated with delays in getting vaccine to First Nation communities in her province.

Dr. Lana Potts says initially, she felt Alberta was ahead of the game with vaccine rollout. But the province is now lagging behind other jurisdictions, she said, and she’s criticized the government’s handling of the matter.

“The First Nations communities in Alberta were not consulted directly with these plans,” said Potts, the medical director for the Piikani Nation.

“There was some general decisions made on our behalf by different individuals without recognizing geography, community need, population demographics and through that, there’s been a lot of confusion.”

Alberta has said delays from vaccine manufacturers and a lack of supply from the federal government have caused a delayed rollout on First Nations communities. The province called on Prime Minister Justin Trudeau’s government to speed up the process.

‘Manitoba is leading the way’

Potts called on Alberta and other provinces to follow in Manitoba’s footsteps and make healers and knowledge keepers a priority for vaccination. She pointed to different Indigenous communities in the United States that have also done this, to preserve the vital culture and identity that elders have.

“Manitoba is leading the way,” said Potts. “I feel we all need to protect our elders … [whether] you’re First Nations, Inuit, Métis, German, Italian — it doesn’t matter. We need to ensure that our elders continue to thrive,” she said.

Assembly of Manitoba Chiefs Grand Chief Arlen Dumas said because COVID-19 is hitting off-reserve members harder than those who live on reserves, it was important to make the group a priority.

He said the move is just one example of how Indigenous leadership in Manitoba continues to set precedents during the pandemic — something he said has been an unfortunate necessity.

“A lot of the worst [COVID-19] statistics are in Manitoba because of chronic underfunding, because of systemic racism, because of all these other forces that impact our communities.”

Bird is set to get her second dose of the vaccine on Monday and is encouraging other knowledge keepers to get the shot.